Established in 2009, Guangzhou SOSU Electronic Technology Co., Ltd. is one of the earliest and largest manufacturers of commercial display equipment in China, which integrates R & D, manufacture and marketingmanagement.

SOSU has accumulated abundant industry experiences in the field of commercial display equipment. The company has 8 patent certifications for appearance. It has passed ISO 9001: 2015, ISO14001: 2015, CCC, CE, FCC, ROHS, energy-saving certification and other industry certifications.

In 2015, Sosu was named oneof the top ten enterprises of “Guangdong Commercial Display Industry”! The company has registered capital of 30 million yuan. It has three manufacture bases in Guangzhou Tianhe , Guangzhou Panyu and Shenzhen Guangming, with 6 subsidiaries. The company has annual output of more than 20,000 sets .annual output value of more than 50 million yuan, annual average profit growth of 15%.

We are dedicated to serving every customer, dedicated to providing customers with the most perfectbusiness solutions!

Our goal is to be commercial display leader and make people more and more convenient. 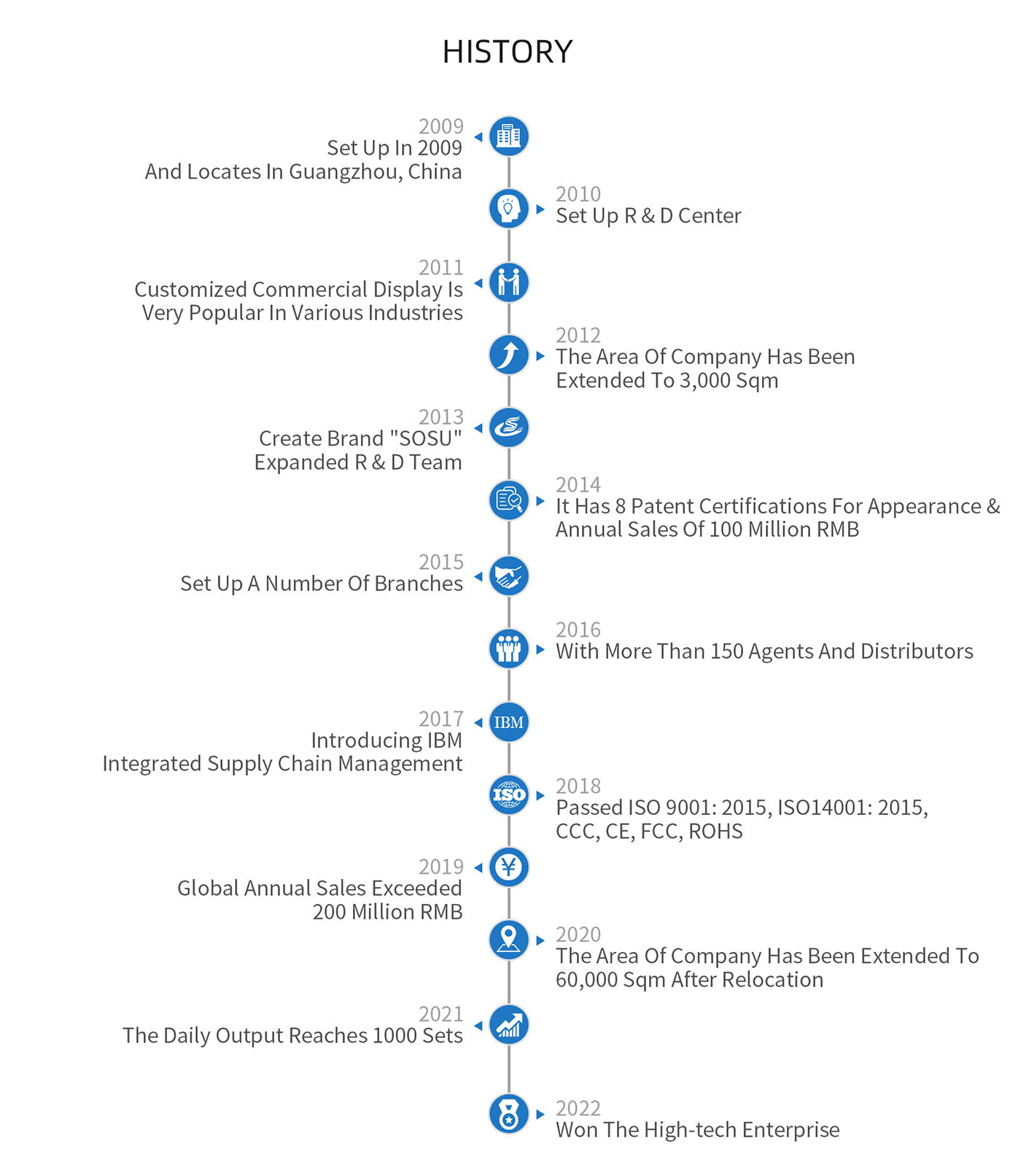